David Linx, professor of Jazz Voice at the Koninklijk Conservatorium Brussel, receives the award for voice of the year!

This award was given to him by the annual French competition 'Victoires de la Musique du Jazz', similar to the Grammy Awards.

The official award ceremony will take place on 16 October at the Casino de Paris. All those who received an award will perform together and French television, France 5, will broadcast the festive event in December.

Igor Oistrakh, passing away of an exceptional violinist

The passing of Igor Oistrakh is a great loss to us all. Especially for the Koninklijk Conservatorium Brussel, where he was professor of violin for many years...

As of the academic year 2021-2022, the Koninklijk Conservatorium Brussel welcomes Jeroen Billiet as the teacher of the Horn and Natural Horn class. 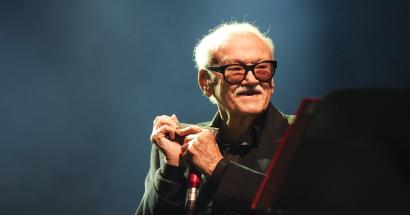